We Need to Talk About Facebook – What’s Next for Users, Advertisers and Brands 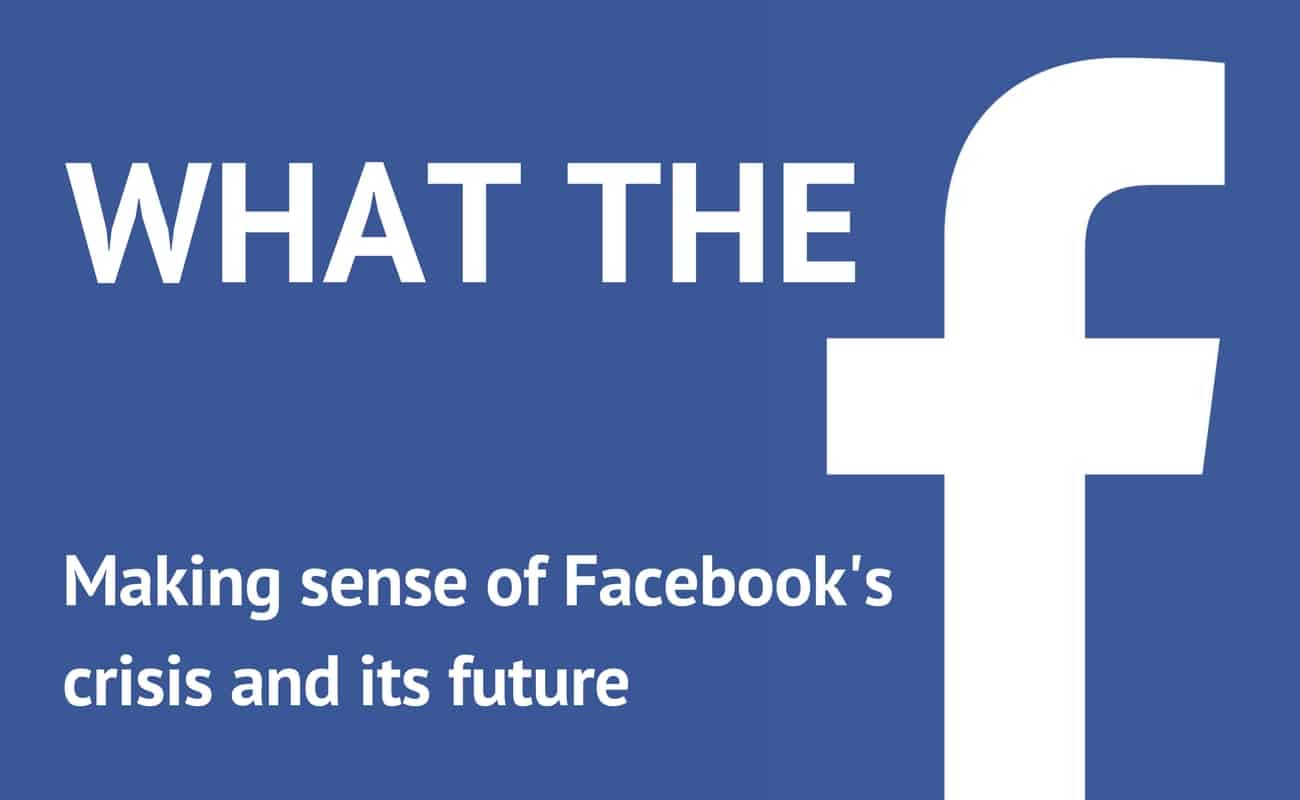 Last week, Facebook sent a notice to users directly impacted by the Cambridge Analytica data scandal. “We understand the importance of keeping your data safe”, it began. The notice explained that Facebook has banned the app “This Is Your Digital Life”, the third party tool created by researcher Aleksandr Kogan, who collected and extracted the data of over 80 million Facebook users and sold this information to several political campaigns. Further, Facebook encouraged users to review the apps and websites which currently have access to information on their profile. They emphasize that they are “committed to confronting abuse and to putting you in control of your privacy”. 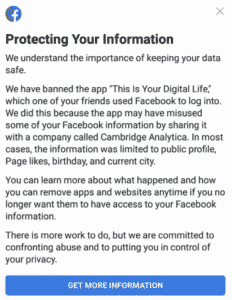 grapple with the fact that their data isn’t quite as private as they thought.

As Facebook moves forward from Cambridge Analytica, there are two truths we must acknowledge:

It’s increasingly evident that the type and volume of data the platform has been collecting for years may be a revelation for most Facebook users who breezed through the lengthy terms and conditions portion of the sign-up process. What exactly does Facebook know about me? How are they collecting this information? Who has access to it?

Luckily, as mentioned above, there has already been action to combat the ability of third-party apps to mine user data when they are accessed by someone logging into the Facebook to share an article or take a quiz – in fact, the Cambridge Analytica outcry was triggered after The New York Times and others reported last month that a quiz app, “This Is Your Digital Life”, made by Mr. Kogan had collected information on Facebook users.

Which third-party apps might have had access to your profile? Games like FarmVille, Candy Crush and Words With Friends; apps that broadcast your extra-Facebook activities, like Spotify and Pinterest; and apps that were almost explicitly about gathering as much useful data as possible from users, like TripAdvisor’s Cities I’ve Visited app, which let you share a digital pushpin map with your friends.

So, what can you do as a user with Facebook’s new privacy and data features?

If you’re a business owner, you may also be asking yourself how Facebook’s potential changes will affect the ability of your content being seen on the platform, whether that’s organic posts having the reach and engagement they used to or your ads being seen by an audience of your target demographic. How can I target ads effectively when people are beginning to remove their data from Facebook? How will Facebook gather data offsite in a more transparent way moving forward? Will this affect the Pixel I have on my website?

How exactly the platform will change over time may not yet be apparent. We can be certain that Facebook will be held to a higher standard moving forward, especially when collecting data across the web for platform users and non-users alike, as the demand for transparent actions increases and the third party apps’ access to data decreases.

The Pixel itself is already a relatively transparent measurement. To review, your Pixel is set up through Facebook’s Business Manager and then activated by code you put onto your website. The Pixel can track conversions (newsletter sign-ups, completed online sales, etc) on your website or simply collect information on who visited your website and how long they spent there. You can create an audience based off previous website visitors within Facebook Ads Manager, which is advantageous for retargeting campaigns as well as the creation of “lookalike” audiences constructed from site visits. Taking advantage of the data your Pixel gathers is especially helpful when constructing audiences for your ad campaigns; coupled with meaningful and relevant messaging in your ad copy, the creation of targeted audiences allows brands a clear path forward as the uncertainty of access to user data clouds the future.

As we mentioned to our clients earlier this year, the era of posting multiple times a day is over, and the platform is continuing to prioritize quality over quantity when it comes to allowing businesses the newsfeed space they used to: “Facebook will not measure its success based solely on the time its users spend watching videos,” said Zuckerberg on January 31. “It will optimize instead for meaningful social interactions”. Our content strategists have taken this to heart, searching for new opportunities to tell in-depth stories for our clients and shifting the language in posts and ads we create to minimize any “sales-y” calls to action (“come on down to the store”, “get this”, “stop by my event”).

If you haven’t already done so, now is a great opportunity to produce content that creates opportunities for meaningful conversation to cut through the algorithm. It’s also increasingly important that businesses of all sizes are focusing on customer service replies more deliberately than ever — keep in mind that positive and negative interactions are nearly equally ranked opportunities to drive brand reach.

For now, short video is still king, with intentional organic content close behind. Avoiding an overflow of organic posts (posting just for the sake of posting) is the best place to start when it comes to improving your brand’s presence on Facebook. It’s also important to maintain an intentional, relevant lens with a consistent brand voice when crafting ad campaigns.

No matter the changes that Facebook may make over the coming months, telling stories with your paid and organic content is one thing that’s here to stay.

Kailey Emerson is a senior strategist for Smirk New Media.

Editor’s Note: This is the fifth blog in a content series by Smirk New Media about the Facebook Cambridge Analytica scandal and Facebook’s response. Read the other posts here.