Facebook is considering banning all political ads on its platform months before the highly-anticipated 2020 presidential election. This is in direct response to the ad revenue lost when 300+ brands that pledged to boycott Facebook ads during the month of July.

Some businesses have even made the move to refrain from organic and paid promotion across all social media platforms until August. This movement was initiated in response to Facebook continuing to allow misinformation and hate speech on its platform, a choice that has received widespread criticism since the 2016 election.

This development comes as a surprise to many, with Facebook’s CEO Mark Zuckerburg making numerous comments regarding his belief that he doesn’t have the right to “censor” politicians.

"I know many people disagree, but, in general, I don’t think it’s right for a private company to censor politicians or the news in a democracy, I don’t think most people want to live in a world where you can only post things that tech companies judge to be 100% true.”

The Reaction: Criticism From Both Sides

There has been criticism of this possible ban coming from both sides. Some fear that his choice could be a disservice and would silence the voice of many, especially politicians running in small local elections.

Many also see it as a distraction and not an actual remedy for the ongoing hate speech and misinformation spread across the platform, considering many posts are created organically.

On the other hand, some believe that without this change, history will repeat itself in the upcoming election, and falsified information will run rampant. A step in the right direction to curb misinformation and outside influence could have a huge impact moving forward.

The 2016 presidential election was filled with controversy when Facebook was targeted by Russian propaganda groups that promoted falsified information that reached over 126 million users. The group was later recognized as the Internet Research Agency based out of St. Petersburg, Russia, known for spreading misinformation and propaganda across the web.

The group disguised themselves within various interest groups, such as gun rights supporters, LGBTQ activists, and even an animal lovers group. This team infiltrated as many groups as possible and spread misinformation via paid ads.

The data of millions of users then ended up in the hands of Cambridge Analytica, who used it to target voters on behalf of the Trump campaign.

Changes Made to Facebook’s Ad Policies

This scandal proved to be a rude awakening for Facebook. The platform worked on making the necessary changes to its ad policies in order to increase transparency and accountability. Facebook claimed to have removed 5.8 million fake accounts in October 2016.

Users now have to verify their identity for large Facebook pages and endure a thorough screening of any proposed ads prior to publishing. All political ads are labeled as such and identify who has paid for the advertisement.

Despite past issues, Facebook continues to be the top platform for politicians to voice their policies on. Trump has already invested more than $55 million on Facebook so far, with the Biden campaign spending upwards of $25 million since 2018.

Cambridge Analytica impacted the ad approval process and policies for advertisers across all industries, not just those directly affiliated with political causes.

A temporary ban on political ads would potentially impact any brand talking about issues of national importance, such as COVID-19, PPE, voting on state questions and more. It could even limit advertisers’ ability to link to different domains in an effort to curb the spread of fake news.

On the other hand, the cost of advertising on Facebook and Instagram could go down as competition for ad space decreases in a response to certain topics being banned. Users may see fewer ads in general.

How will your brand be affected if Facebook decides to pause political advertising? Connect with us and Smirk will make sure you’re prepared either way. 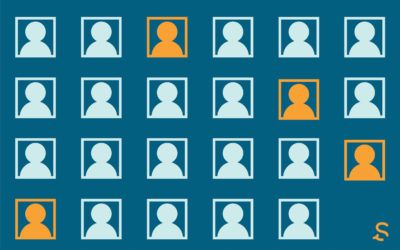 Ad Retargeting Gone Wrong Twitter could be facing a fine of up to $250 million for using private information in order to target ads towards users. The platform received a complaint from the Federal Trade Commission on July 28th that highlighted violations ranging from... 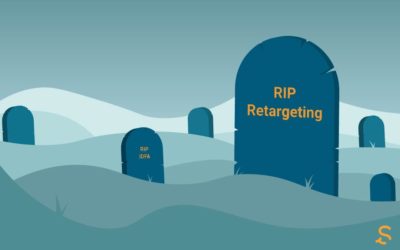 Giving Users the Option to Opt-Out Apple announced a change that could signify the end of personalized ads. With the iOS 14 update — rumored to roll out in September — users will be greeted with a new privacy option that will ultimately alter the advertising landscape...